Brothers Max Dworsky and Paul Dworsky were building their new store in Iron Mountain when John R. Colenso and Margaret E. “Peg” Colenso paid a visit while on vacation in June, 1948. John Colenso had corresponded with the Dworsky brothers earlier in the year regarding the purchase of their men’s clothing business. Work on the Dworsky brothers’ new building in June had not progressed beyond the basement walls.

By September, 1948, the Colensos had made the decision to buy the business, and Colenso’s became one of the premiere clothing stores in Iron Mountain and the surrounding area. One-third interest was eventually held by Irving Hoffman. Due to health issues, he wanted to sell his share, and C. Todd Colenso, the oldest son of John and Margaret, returned to Iron Mountain in July, 1975, to assist in running the store. Daughter Sherry (Colenso) Dillard worked at the store until her husband’s employment ended with the closing of the Groveland Mine, and they moved to Tucson, Arizona. Youngest son Kim Colenso also worked at the store, but was forced to move to a drier climate for health reasons in the late 1970’s. With the opening of the Midtown Mall and the Birchwood Mall in Kingsford, business waned and Colenso’s, Inc. closed its doors permanently on January 31, 1981.

In March of 2015 Jeff and Sandra Loomis purchased the building from Frank and Alice Smith who had converted the department store into a professional building. The Loomis' appreciated the history of the building and enjoyed hearing about the store and what each area of the building was utilized as when the store was operating. This prompted them to contact the Colenso family  and ask permission to use their name for the building which is now proudly referred to as Colenso's Professional Building. 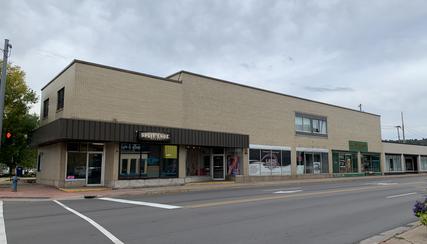 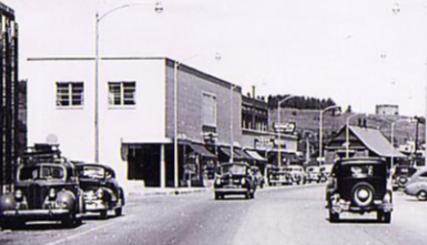 Our suites have been recently updated. We take pride in the history of our building and have done a great deal to restore all areas to be utilized and appreciated. All suite leases include the utilities.